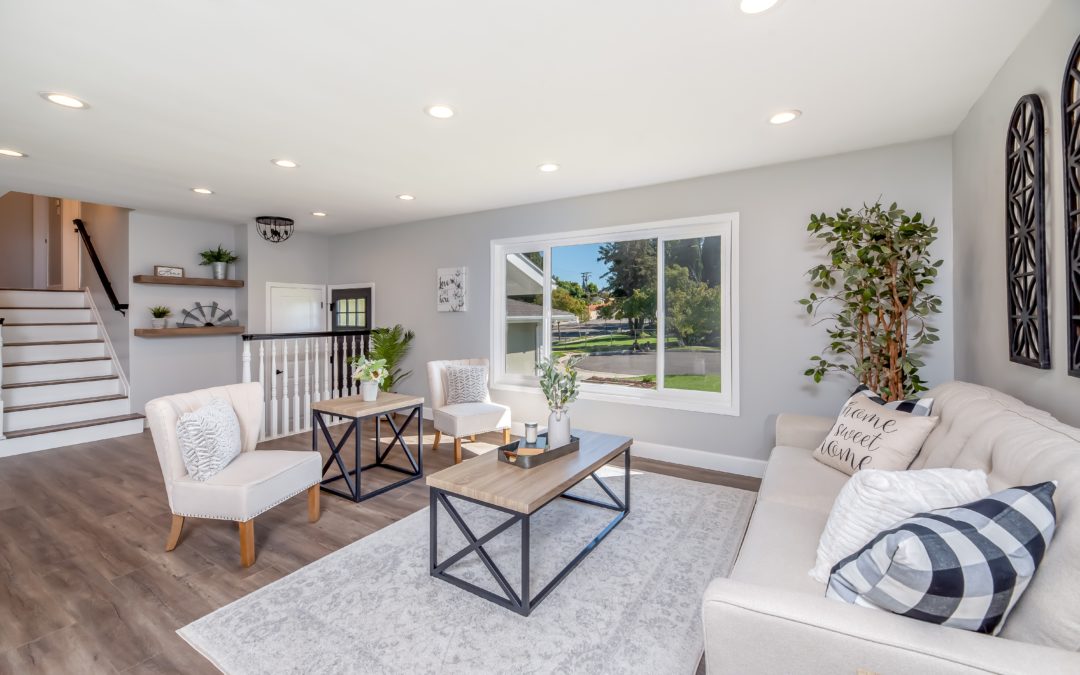 When I first bought my home, I had your stereotypical living room set up for a man
alone. Recliner. TV. That’s it, the only thing I was missing was an XBOX. But that’s
where a woman’s touch then came in, or should I say, a woman’s orders. Now, thanks
to my fiancee, I have a decorated living room that looks like someone actually lives
here. So if you’re a man alone and you want to change the game and impress that
bumble date, or you just want to generally have more coziness then listen up. To be
clear, the following advice isn’t from me, it’s from my fiancee, so you can trust it more.
The biggest key overall, according to my love, is cohesiveness… don’t just throw
everything together. For example, if you get wooden side tables, don’t get a metal
coffee table.
With that being said, get a coffee table, don’t do like I did and just sit the drinks on the
floor. Get a coffee table to sit your natty light on. And use a coaster to avoid the
moisture ring of death.
Next, once let’s say you’ve chosen a wooden coffee table, go find some wooden end
tables.
Now, these end tables are going to go on the end of your couch.
Yes, your couch, get rid of the recliner unless it matches the couch. I got rid of my
recliner and thought my life was over, my comfy chair, my chair that makes me feel like
the world isn’t a place of dumbness and madness, was gone for the sake of
cohesiveness. And you know what, it was a great decision, I now have a big gray couch
for family and friends to enjoy. Not to mention, it’s better to fall asleep at night while
watching The Office on something with a little more space. While you’re watching
Michael Scott face the threat of downsizing, feel better knowing how much more joy you
have upsizing.
Hang something on the wall: nothing looks more sad than an empty wall, you learn a lot
about a person by the writing on the wall. She’s a basic southern momma with Bible
verses, or he’s an artsy fart from California with his big painting that looks like a 5-year
old spilled paint. Every home can tell a story, so tell that story with the writing on the
walls. But make it cohesive, don’t put your childhood poster of Shaq on there beside a
picture of your momma. Save that for the man cave.
Moral of the story, cohesiveness. Have a good day and go to Hobby Lobby.